Why do albinos have white hair? 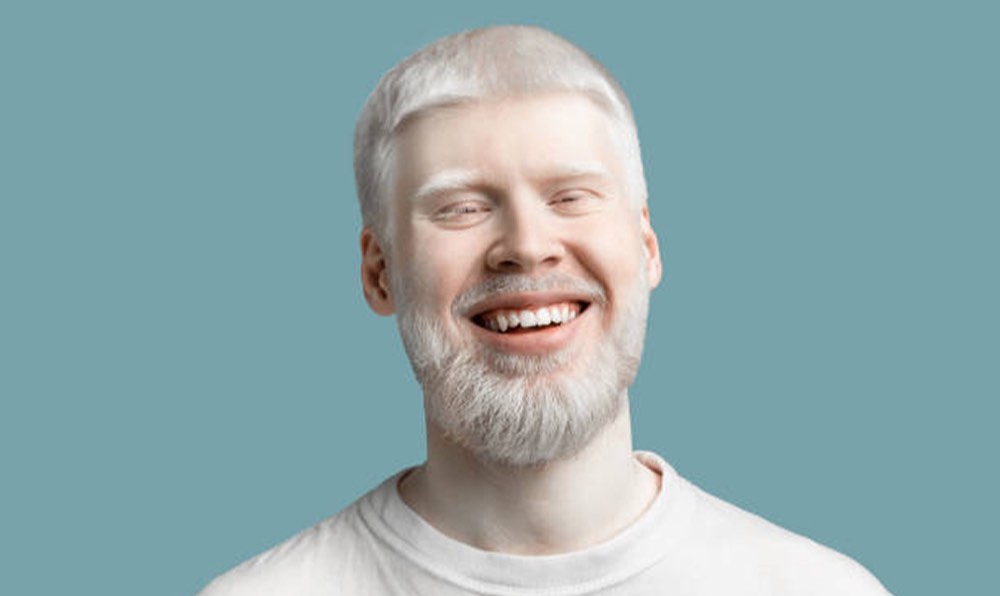 When a person has an absence of pigment in the skin, eyes and hair, they suffer from a rare hereditary, congenital, non-contagious disorder called albinism.

The genetic origin of albinism is the absence of pigment in the eyes, skin and hair. In addition, it causes albinos to be sensitive to intense light and sunlight.

The appearance of these people has even given rise to superstitions and false beliefs, fostering social exclusion and marginalization in some countries.

What is human albinism?

The type and amount of melanin produced by the body determines the color of the skin, eyes and hair.

Signs of albinism are usually evident in the color of a person's hair, skin and eyes, but sometimes the differences are subtle.

So far there is no cure for albinism, the only recommendation for albino people is to follow certain steps to protect their eyes and skin and maximize their vision.

Signs and symptoms of albinism are usually noticed in the skin, eyes and hair, for example:

Skin pigmentation can vary from white to brown, when exposed to the sun albinos usually present moles with and without pigmentation, freckles, lentigines or large spots like freckles, sunburn and cannot tan.
Also, in others melanin production may increase during childhood or adolescence, resulting in mild changes in skin pigmentation.

On the other hand, hair coloration in people with albinism occurs in white, yellow and even brown colors. The descendants of Asians or Africans with albinism usually have yellow, reddish or brown hair.
As they enter adulthood, the hair color may darken, or also because of mineral exposure, becoming darker with age.

Eyebrows and eyelashes are generally pale. While the color of the iris varies from light blue to brown, although with age this color tends to change.

The lack of pigment in the iris makes the iris appear somewhat translucent, which means that it cannot completely block light entering the eye.

The main cause of albinism is considered to be a defect in the gene responsible for the synthesis and distribution of melanin in the body.

In human albinos this gene does not function properly, so all structures that need melanin pigmentation no longer receive it.

This disorder is inherited through an autosomal recessive pattern, which is not linked to sex chromosomes and requires 2 alleles of the gene to be affected for the disease to manifest.

What are the types of human albinism that exist?

Generalized: this is oculocutaneous albinism that affects any part of the body that has melanin.

Localized or partial: usually affects certain parts of the body.